This year marks the 50th anniversary of the Rev. Dr. Martin Luther King Jr.’s assassination. As we prepare to honor King on Monday, we do so at a time when our nation’s current climate bears some resemblance to what King vehemently stood against more than half a century ago. King and everyday civil rights leaders worked to dismantle the systemic racism that plagued our country. Although their tireless work sparked a movement and ultimately led to King’s assassination, the struggle to end racism in all its forms continues.

The idea that racism is an issue in Cincinnati may strike many as misguided or plainly ridiculous. After all, Cincinnatians have denounced multiple local hate crimes and overwhelmingly rejected the impending visit from white supremacist Richard Spencer. This is true. However, the racist policies, programs, and practices that created this city have yet to be urgently and properly tackled.

Endless reports, including “The State of Black Cincinnati,” “Social Areas of Cincinnati” and others, consistently verify what many people of color know to be true in their lived experiences: the quality of life is poorer for non-whites in Cincinnati. The oppression of people of color in Cincinnati is not simply the result of active intentional discrimination. Because of this, the status quo will create oppressive outcomes unless we actively work towards an anti-oppressive city.

In “Letter From a Birmingham Jail,” King asserted: “I have almost reached the regrettable conclusion that the Negro’s great stumbling block in his stride toward freedom is not the White Citizen’s Counciler or the Ku Klux Klanner, but the white moderate who is more devoted to ‘order’ than to justice; who prefers a negative peace which is the absence of tension to a positive peace which is the presence of justice.”
Working toward the presence of justice in Cincinnati would mean white moderates working to eradicate poverty, to preserve and create high-quality affordable housing, and to confront gentrification. Now more than ever is your time to take nonviolent action for racial and economic justice in our city.

A practical start to answering this call-to-action is to join us Monday for the 43rd annual Commemorative Civil Rights March at 10:30 a.m. outside the Freedom Center to march to the renovated Music Hall at 11:30 a.m. There, we will begin the annual program and hear from the award-winning MLK Chorale, Wordplay Cincy Scribes and keynote Dr. Littisha Bates.

While we hope you join us for each event and spread information about the details of this day, our more urgent request is for you to advance racial and economic equity daily. Are you waiting for an invitation? Here it is today: get involved. Make a commitment to learn about the history of racial violence and economic injustice in Cincinnati. After that look around and ask yourself, “How does this history show up in my neighborhood, organizations, and workplace?” After that, pledge to give your time, talent, and treasure to causes that advance just outcomes – and then repeat.

Today is your day to honor King and end racism. If not now, when? 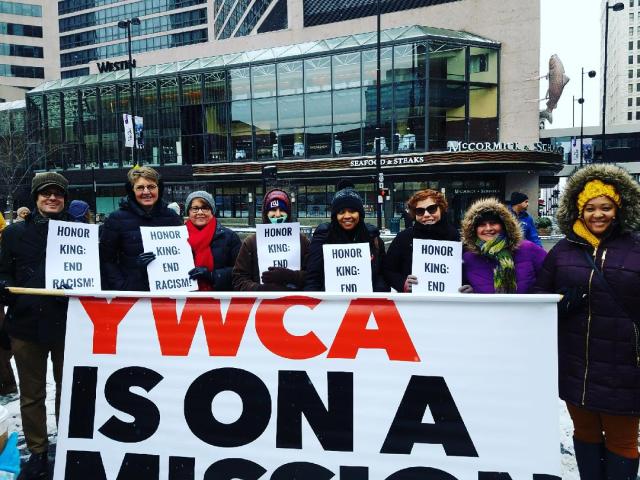 During my 20-year climb to economic self-sufficiency, I've inched my way from being a teenaged single-mother and high school dropout to completing a postgraduate degree and working as a Social Justice Advocate.
View all posts by Desiré →
This entry was posted in Uncategorized and tagged Desiré, Determination, If Not now When, Light, Love, MLK, MLK Coalition, MLKNOWORNEVER, Racism, Single Moms, Unity. Bookmark the permalink.